Do you have a junk car sitting in your garage or backyard and you just don’t know what to do with it? We’ll pay you cash for your Detroit Junk car.  Did you know that clunker taking up space may actually be worth money? That’s right! GLR Advanced will come and pick up your junk car and pay you to haul it away. Stop wondering – how will I junk my car, and give us a call. 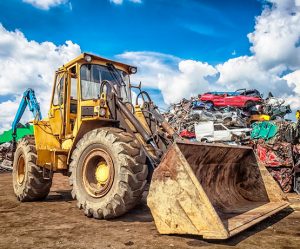 Surprising fact, junk cars are the number one recycled product. Over 85% of the material in a car is recyclable. Just think – if I junk my car, I will be doing the environment some good. While the exterior of your car may not look like much, the inner workings of your junk car may actually be used for scrap metal. Engines, transmissions, starters, batteries, and alternators can all be removed as part of the scrap car process. Other parts like bumpers, mirrors, and doors can be re-used.

Is your junk car running? If so, you can drive it in.  If not we can dispatch our junk car tow truck team from out downtown Detroit junk car location.  We’ll pay you cash on the spot for your Junk car. If it’s not running, give us a call and we’ll come pick it up. Free towing is available upon request.

Detroit is the largest city in the state of Michigan, and the largest U.S. city to border Canada. Detroit was founded in 1701, and over the years it has become an important industrial hub in the Great Lakes region. It is best known as the center of the American automobile industry with the Big Three manufacturers, General Motors, Ford and Chrysler, all headquartered in the Detroit area. While the population of Detroit experienced a significant decline in the later part of the 20th century, it is experiencing a regrowth thanks to the development of several new sports stadiums, high-rises, entertainment venues, and restaurants.