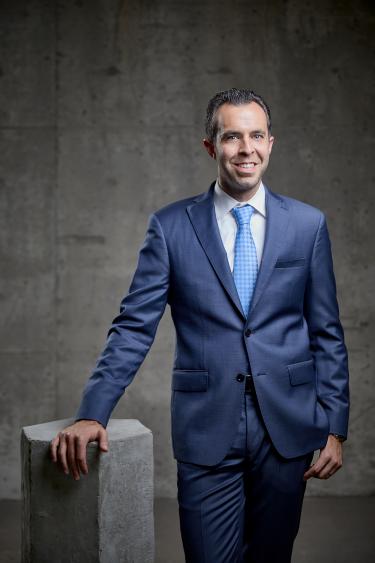 Michael Bassirpour is on a mission to become the largest metal recycler in the Midwest, and he’s making moves in the right direction.

Bassirpour, CEO of Roseville-based GLR Advanced Recycling, signed a joint venture agreement in mid-August with Holland-based Padnos recycling — the latest in a string of growth plays. Since taking the helm of GLR in 2014, Bassirpour has expanded the family owned firm from one site and 40 employees to six sites and over 100 employees.

He attributes his success to humble beginnings that helped him forge a strong work ethic. When he moved back to metro Detroit from Chicago in 2006, work opportunities were scarce. He had an acquaintance in the recycling business and reached out.

“I basically begged him for a job making nothing,” Bassirpour said. “And I just basically learned the business and everything I needed to know. I established a good name for myself, which I think is a forgotten art.”

In 2014, he expanded into the auto recycling market. The shift wasn’t graceful. When Bassirpour approached a local, much larger recycling company about working with him, he was laughed out of the office. In its first year of scrapping cars, the business lost money.

Now, auto recycling is one of GLR’s fastest-growing segments. Overall, the company is projecting $85 million in revenue this year — an $18 million increase from last year.

Driven by the grit that elevated him from scrapping amateur to top brass, Bassirpour hopes to eventually be in all major cities in Michigan, Ohio and Indiana with at least 1,000 employees.