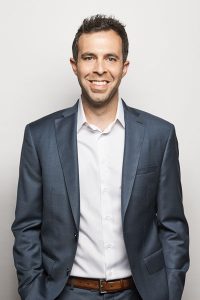 In the coming months, Michael Bassirpour, president, CEO, and a partner in GLR Advanced Recycling in Roseville, plans to grow the scrap metal business to seven locations, up from five facilities today. The company’s expansion into Illinois and Indiana will lead to the addition of 50 to 60 employees.

“We buy over 40,000 cars a year for scrap, and typically they’re 2004 vehicles and older,” says Bassirpour, who is joined in the business by Sandy Rosen, Ilene Bischer, and Ben Rosen. In addition, Mad Dog Technology in downtown Birmingham, co-founded by Peter Karmanos Jr., former chairman and CEO of Compuware Corp., recently acquired an equity stake in a related company, TheScrapPost.com.

The latter business is a digital portal that pairs buyers and sellers of copper, aluminum, iron ore, and other commodities. The online network allows users to access or move inventory much more quickly than they ever could by depending on the daily fax report once commonly used in the industry.

With the two new scrapyards, Bassirpour says GLR will be able to process upward of 70,000 cars a year. The company’s main recycling facility is in Livonia, and it has what are called feeder yards in Roseville, Ann Arbor, and Port Huron. It also operates an electronics recycling facility in Oak Park, and has locations in Northville Township, Flint, and New York that can handle metals and used paper, cardboard, and plastics.

“I would say 98 percent of my time is spent running GLR,” Bassirpour says, “but TheScrapPost.com has been growing rapidly. It’s an online trading, brokerage, and subscription-based platform that’s generating sales north of $12 million (annually). That’s up from $980,000 (in 2015).

“As for GLR, we’re kind of on the tarmac and getting ready to take off. We’re hungry and aggressive, and we’re growing. We can grow by acquisitions or startups, whatever makes sense. But it’s not growth just to grow; rather, it’s growth through necessity. We’re just getting warmed up.” — R.J. King