E-waste is an ever-growing, popular, yet informal name for a variety of electronic products that have met the end of their “useful life.” This includes, but is not limited to computers, televisions, monitors, laptops, cellphones, VCRs, stereos, stand-alone copiers, fax machines and so on.

Even more alarming is that these figures don’t include the nearly 75% of additional old electronics that are stuck in storage due to lack of understanding of proper management, processing and recycling of e-waste.

*There are costs to properly recycle certain items and slight variances in pricing by yard. Please check with the intended location before dropping off any electronic related items.

In recent years, advances in consumer electronics and personal computers have spurred economic growth, changed information technology and improved people’s lives in countless ways. However, our growing dependence on electronic products both at home and work has given rise to a new environmental hazard: “e-waste.”

A recent study by the EPA shows that electronics already make up 1% of the known municipal solid waste stream. Research completed in Europe showed that e-waste is an epidemic, growing at an astronomical rate of three times that of any other municipal waste.

While e-waste cannot be prevented, environmental consequences have driven government policies to explore alternative solutions such as the reuse and/or recycling of older electronics. According to the U.S. Environmental Protection Agency (EPA): 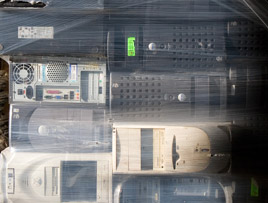 The amount of electronic products discarded globally is about 20-50 million metric tons per year.

Approximately 235 million units of e-waste had been accumulated in storage from 1980 through 2007 (not including cell phones).

About 25 million TVs are taken out of service yearly.

Many precious metals such as gold, silver, copper, palladium and platinum are recovered from electronics, networking equipment, circuit boards, frames as well as other materials.

Hazards with improper disposal of E-Waste:

Many electronic devices contain high enough levels of toxic materials such as lead, barium, cadmium, and mercury that render them hazardous when disposed.

CADMIUM: breathing cadmium can severely damage the lungs and cause death.

The batteries that power many of these types of equipment contain metals such as lead, nickel, cadmium, silver, lithium, and other dangerous metals. Not to mention your personal data may be compromised. 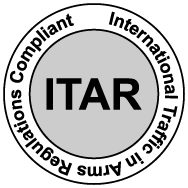