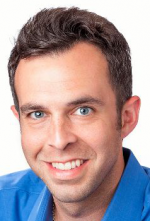 The deal for Padnos to purchase ownership stake in GLR was finalized Wednesday and announced Friday, said Michael Bassirpour, CEO of GLR. It solidifies a partnership that has been ongoing for several years.

“We had done business with them before. We share the same vision for growth,” Bassirpour said. “They will help us grow the right way.”

“They didn’t buy us out. They’re working with us,” Bassirpour said.

The two companies will continue to operate separately under the same names, and the joint venture will not impact staffing or management of either firm. He said one area in which GLR benefits is selling materials to Padnos to be shredded, as GLR does not operate shredders.

Together, the two companies have 24 scrap yards and 700-plus employees throughout Michigan. Padnos operates 18 sites with 600-plus employees, and GLR runs six yards with around 110 employees. The joint venture is with the six GLR sites, Bassirpour said.

“This is the next step in the evolution of two great family businesses,” said Jonathan Padnos, president of the company, in a written statement. “There are many parallels between our companies, making this a natural fit.”

Both recycling firms trace their roots back to the early 1900s. Padnos, a dominant industrial recycler in west Michigan, recycles metals, plastics, paper and electronics. GLR recycles metal, electronics and, more recently, junk cars. Under Bassirpour, the company began buying scrap cars in 2014. After a rough start, it’s buying more than 250 cars a day and turning a profit with the new model.

“The Padnos-GLR partnership will expand upon both companies’ ability to recycle metals of all types, motor vehicles, paper, plastic, and electronics,” according to a news release.

Bassirpour said the joint venture aligns with his long-term vision to grow GLR throughout the Midwest and eventually have 1,000 employees. The company is projecting sales of $85 million for 2018 after posting a revenue of $67 million last year.